Overcast and windy this morning, but after the warbler success on the Blue Ridge Parkway on Friday, I wanted to see if any of the warblers were on the Rockfish Valley Trail. I arrived at 8:30 and parked along Glenthorne Loop, starting at the first wooden bridge, and walked to the southern end of the Glenthorne Loop and back during the first hour. Other than a YR Warbler sitting on a top branch of the YBThicket just before the bog area, it was fairly disappointing. During the first hour I saw only 15 species and heard a Carolina Wren in the bog area:

The second hour was much better. I walked to the north end of the Glenthorne Loop trail, and there were a number of birds in the trees near where the GL trail meets the downstream trail. Saw more YR Warblers, my FOY Yellow Warbler, my FOY Baltimore Orioles (male and immature male), a Green Heron, a Blue-Gray Gnatcatcher, and more of the species that I saw during the first hour. I also heard a bird in the brush in the bog area just to the south of the small bog bridge - sounded like a low-pitch gobbling - best guess is a Turkey, but I didn't see it, so it must have been crouched down or very small. 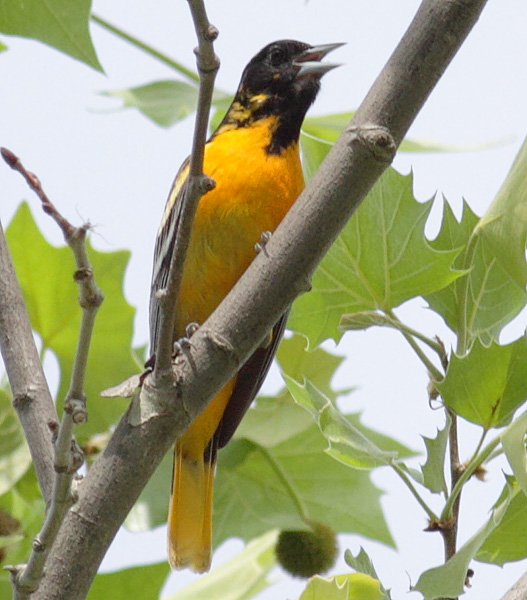 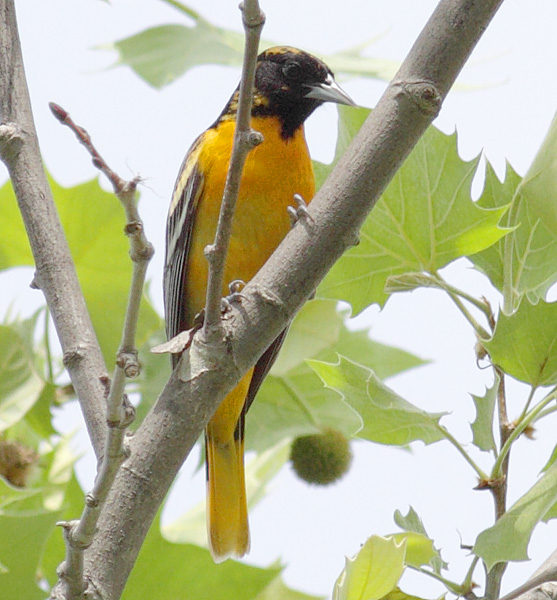 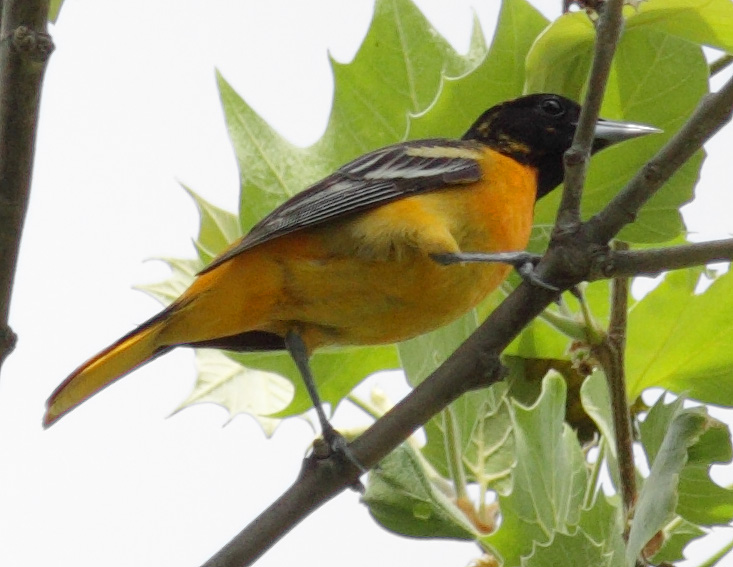 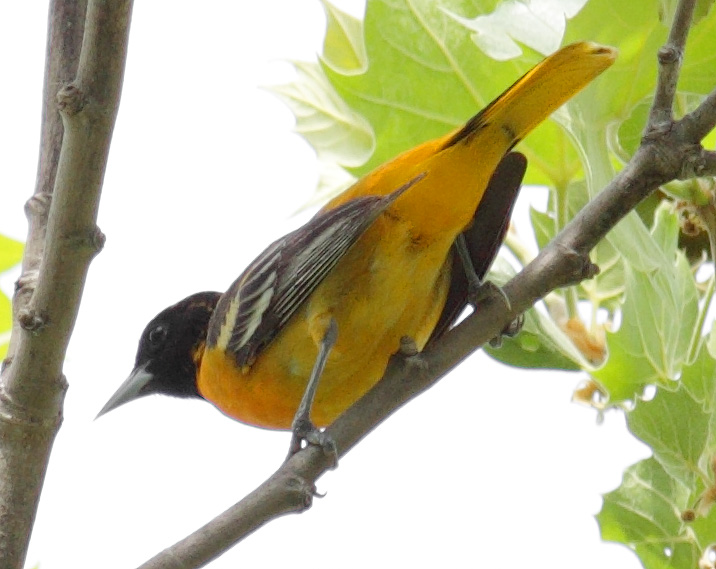 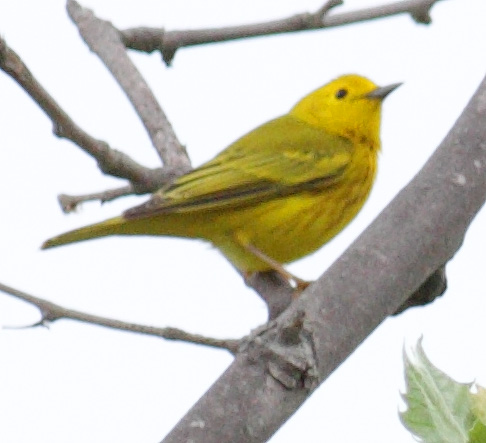