Well, the subject line of this e-mail was going to be Blue Ridge Parkway . . .

Late yesterday afternoon and early evening we had a very strong NW front move through the area, ushering in somewhat lower temperatures and humidity. It was sunny this morning, and I decided to head up to the BRP cirque between mm. 7 and 8 where I have now seen seven species of warblers in the past week.

However, VDOT also thought this was a beautiful day to be outside. I expected the 5 minute delay at the road work on route 151 at Greenfield Rd. But I did not expect to sit for more than 20 minutes farther north on 151 just before route 250 where VDOT had stopped traffic in both directions while they painted the center median line. While I was sitting there, I kept thinking about all the warblers I was missing.

I don't know if I got to these places on the parkway too late this morning, or the strong front cleared out many of the birds and new ones haven't gotten there yet. As I was heading down the mountain, I did some mental math, and figured out that mm. 7 on the parkway is 23 miles from my house either way I go. It is normally quicker to go via Afton Mountain to the north end of the parkway, as the speed limits are higher most of the way, and it is a gradual climb to 2000+ feet. Going via Wintergreen Mountain means climbing to 3000+ feet and then coming back down.

Anyway, I decided to stop at the Rockfish Valley Trail for a quick look at 10:30, and did not expect to see much this late in the morning. I parked at the small grassy area on Glenthorne Loop just north of the first wooden bridge. When I stepped onto the bridge, I saw a juvenile Cooper's Hawk sitting in the tree just on the other side of the bridge, and it did not see me for about a minute, and then flew away once it saw me. Probably the same juvenile Cooper's hawk that I have seen on the trail this past week.

At least I got a few good photos - not much else there, and I only stayed for about 15 minutes before heading home. Once again, birding is being at the right place at the right time. 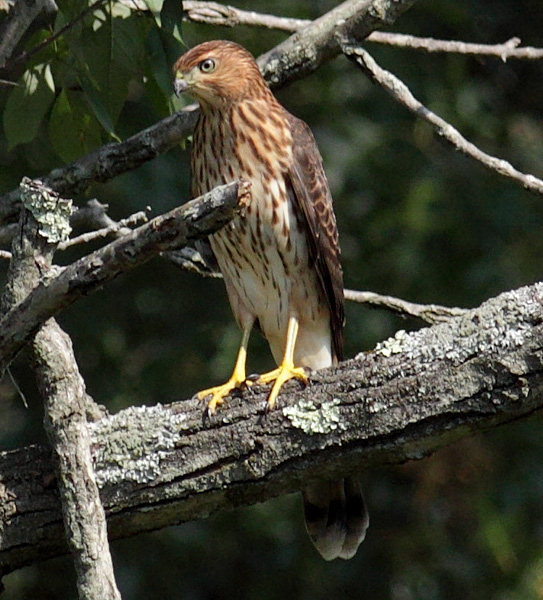 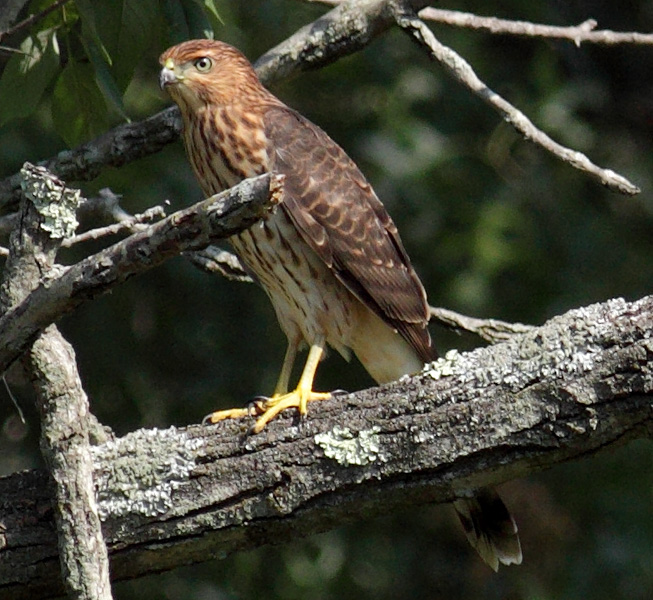 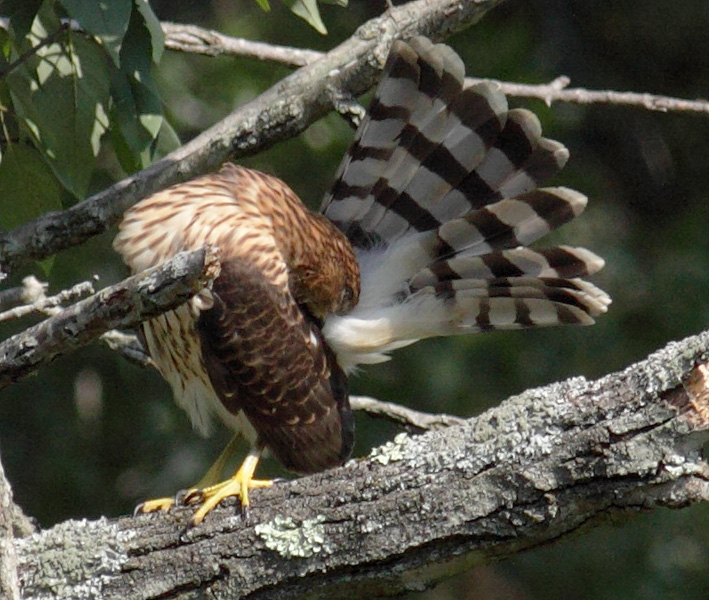 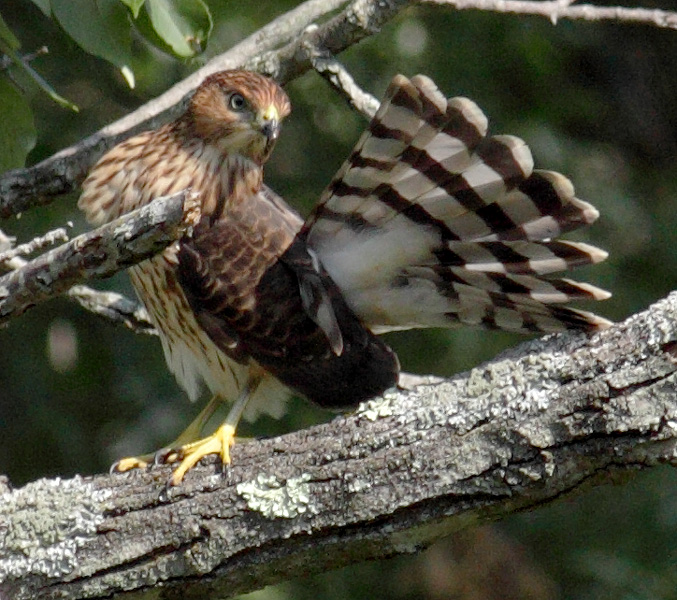 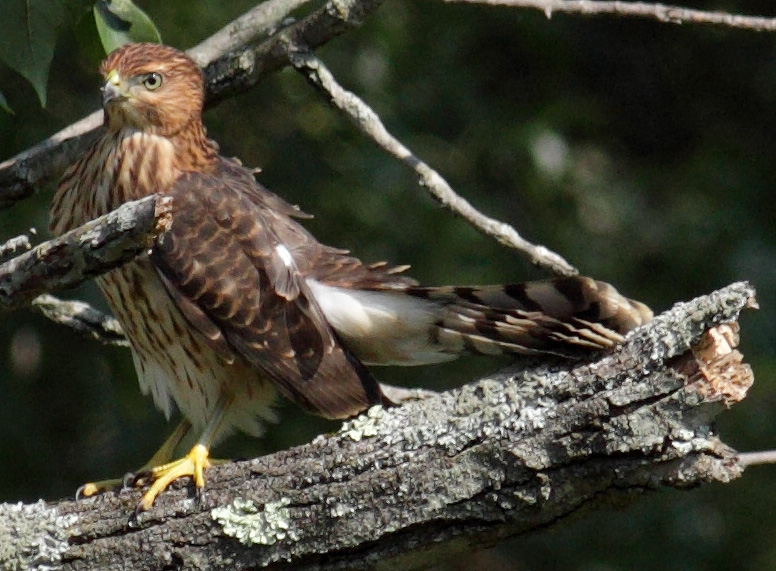