I went for a late morning hike here in Old Trail, and wasn't expecting to see many interesting species - just some of the more common woodland species.

I hadn't hiked very far when I thought I saw a Carolina Wren hopping around in the vegetation along a fence line. When I got my camera focussed on the bird, I saw that it was a Northern Waterthrush! This was only the fourth time I have ever seen this species (in 12+ years of birding), only the third time in Virginia, and it is my Old Trail avian species #137.

About a qurter mile down the same trail, and along a creek, I heard the more common Louisiana Waterthrush singing, and was able to get a few photos of it. 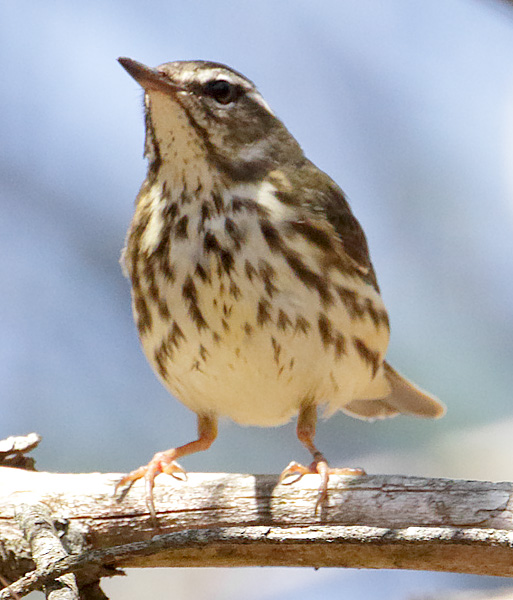 On my return, I heard my third warbler species of the day - a Common Yellowthroat. I decided to do a little early afternoon birding, and hiked some of the Fire Trail at nearby Mint Springs Park, where I had five warbler species: another Common Yellowthroat (heard only), a male American Redstart, a male Hooded Warbler, a female Cerulean Warbler, and two males and one female Black-throated Blue Warbler.