These deep sky objects are tiny and not like the large emission and reflection nebulae where stars are born. A planetary nebula is a type of emission nebula consisting of an expanding, glowing shell of ionized gas ejected from a star late in its life, and only exists for a few tens of thousands of years. They are also not related to planets, but were given this name when first discovered in the 1700s because they resembled the size and shape of planets.

Loose star clusters appear to be associated as stellar groupings in the sky, but often are separated by greatly different distances from the earth. Note the blue nebulosity around the stars of the Pleiades. Globular clusters do form a spatially connected group, and often there more than a million stars in a single cluster. Galaxies contain hundreds of billlions of stars.

The Eta Carina image has the nebula in the center, with the Southern Cross to the left, and the False Cross to the right.

Locations of the deep sky objects shown above 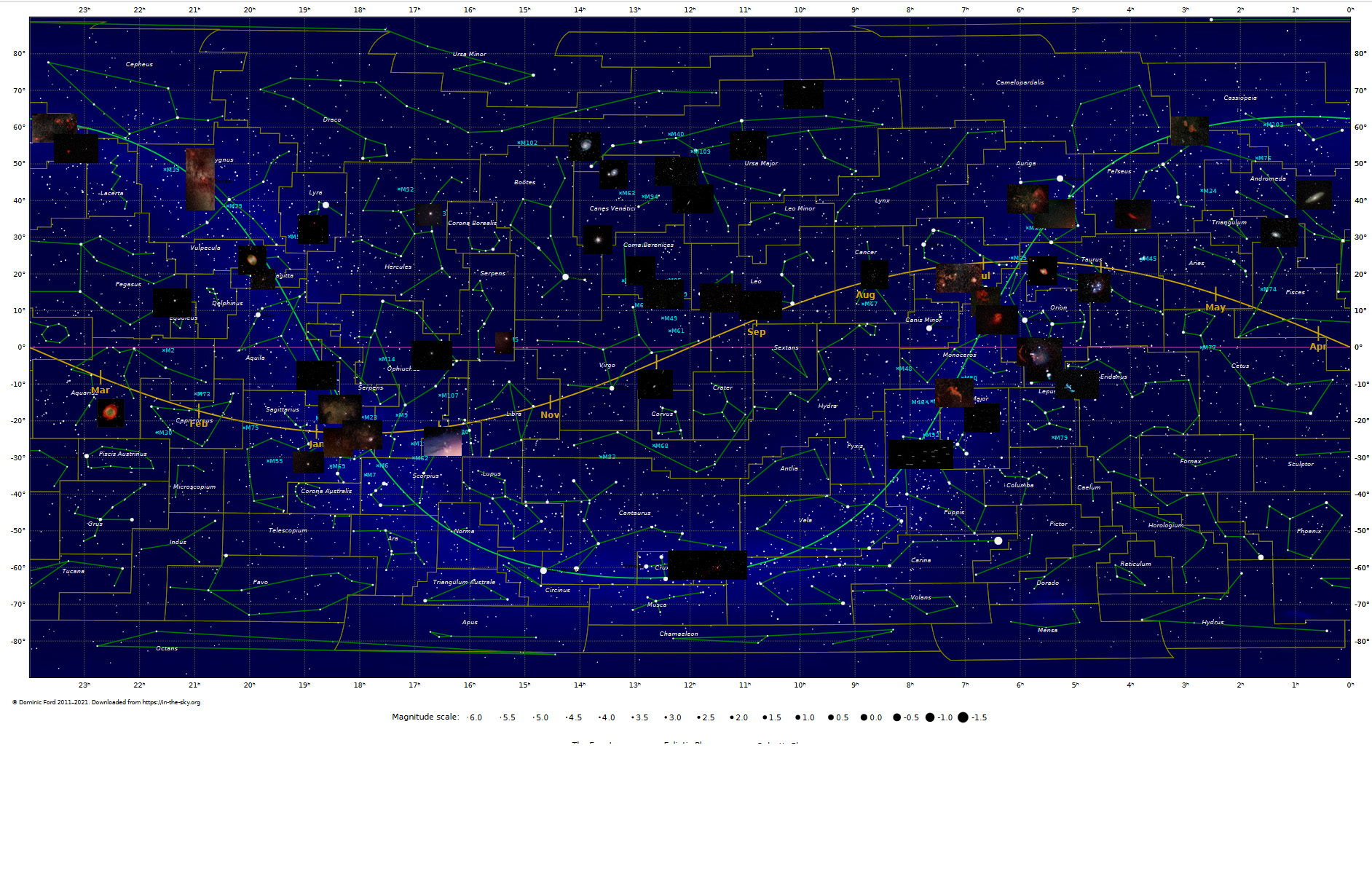